What is Myofascial Pain?

Chronic myofascial pain or CMP is a disorder in which pressure on the sensitive points in the person’s muscles, also known as “trigger points”, causes pain in distinct parts of the body.

The muscle pain associated with CMP is often brought about by not just a single trigger point, but a network of trigger points, as well as fascial constrictions. Medical research suggests that the disorder happens when a group of muscles has been subjected to strain or injury either due to repetitive motions related to a person’s job or an activity, or due to stress-induced tension.

Finding the trigger point is the defining clinical characteristic of diagnosing myofascial pain. Said point is the part of the muscle with focal tenderness, with firm palpations indicating so-called “referred pain” which then result in the accumulation of symptoms of myofascial pain. “Referred” pain is indicative of CMP, wherein the pain also happens in the other parts of the body that is adjacent or not near the trigger point where the pain originally started.

Other than referred pain, muscle pain that is characterized with CMP involves dull aching of a muscle, as well as the associated muscle group.

The features of a single trigger point include the following:

Symptoms of this disorder include the following:

Trigger points that may most likely contribute to the occurrence of CMP are a result of two factors. One is muscle injury, which happens because of constant motions on a specific part of the body, or due to poor posture. Another is stress and anxiety. One theory has it that the likelihood of muscles to accumulate trigger points increases when people clench their jaw muscles repeatedly, straining them in the process.

Can Myofascial Pain Be Managed

An estimated 44 million people in the United States suffer from problems related to myofascial pain, with one study from an internal medicine group practice revealing that 30 percent of patients who are complaining of pain were found to have “active” myofascial trigger points.

The pain in these trigger points are often considered as potential components of various other disorders or ailments, such as tension-type headaches, back pain, postural pain, and other medical conditions that are associated with pain. Also, CMP symptoms can be mistaken for a large number of other disorders, which is why it is very important to undergo a thorough physical examination for a proper diagnosis.

Though it is complex, CM is a manageable disease, wherein immediate medical attention can help narrow down the causes of chronic pain and make a positive diagnosis of CMP based on physical examination and additional procedures to rule out alternative sources of a patient’s pain symptoms.

There are many ways on how CMP can be treated. Treatments for this disorder typically include medications, as well as injections on perceived trigger points, and physical therapy. Although there is no conclusive evidence that favors one specific type of treatment over the other, the patient must be able to have an appointment with the doctor in order to map out a possible scheme for the treatment.

If you are from Los Angeles or Santa Monica and you feel you are experiencing the symptoms of chronic myofascial pain, then you may seek or consult our doctors at our Los Angeles pain clinic. 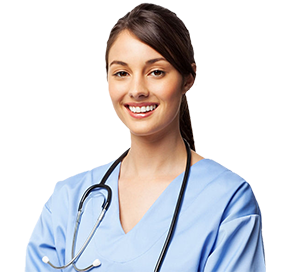